In this course, we focus on constructing a balanced k-d Tree based on an array of points.

As mentioned before, each node splits the space in a certain dimension. Conventionally, the nodes on the i th level split the space in the i th dimension. If i is greater than k, the dimension wraps back around to i mod k. 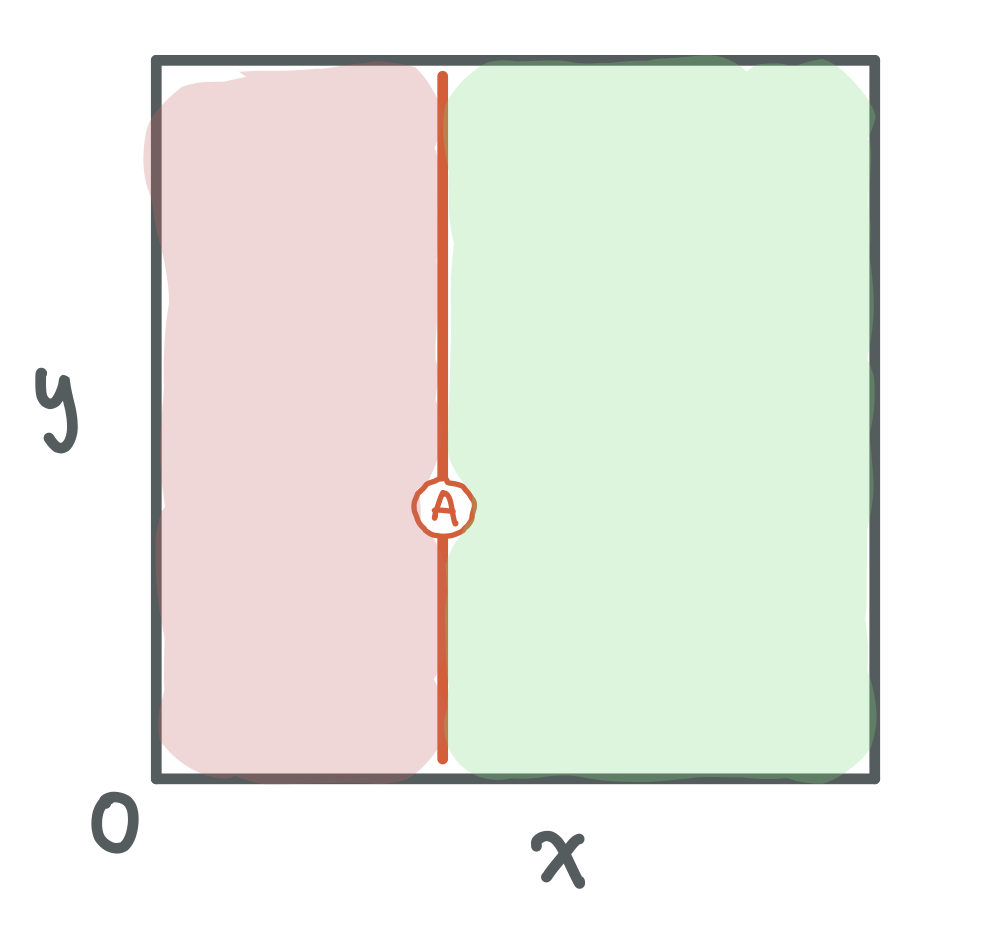 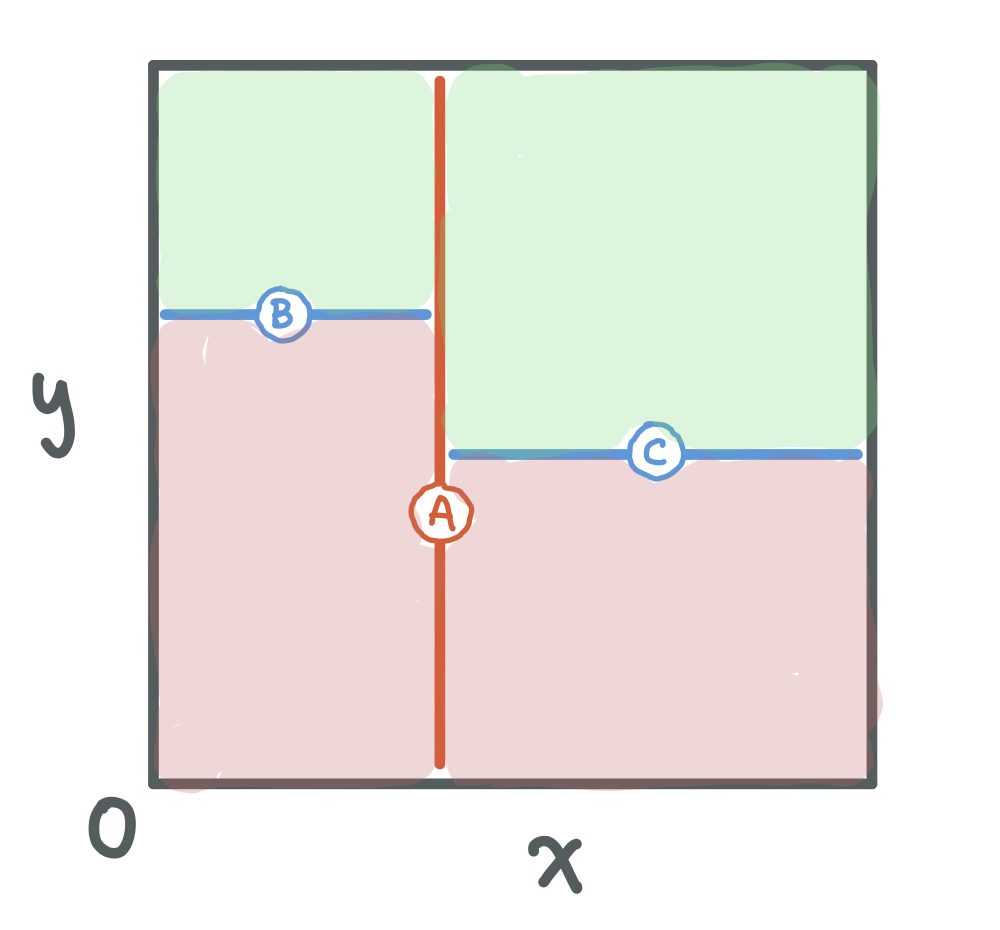 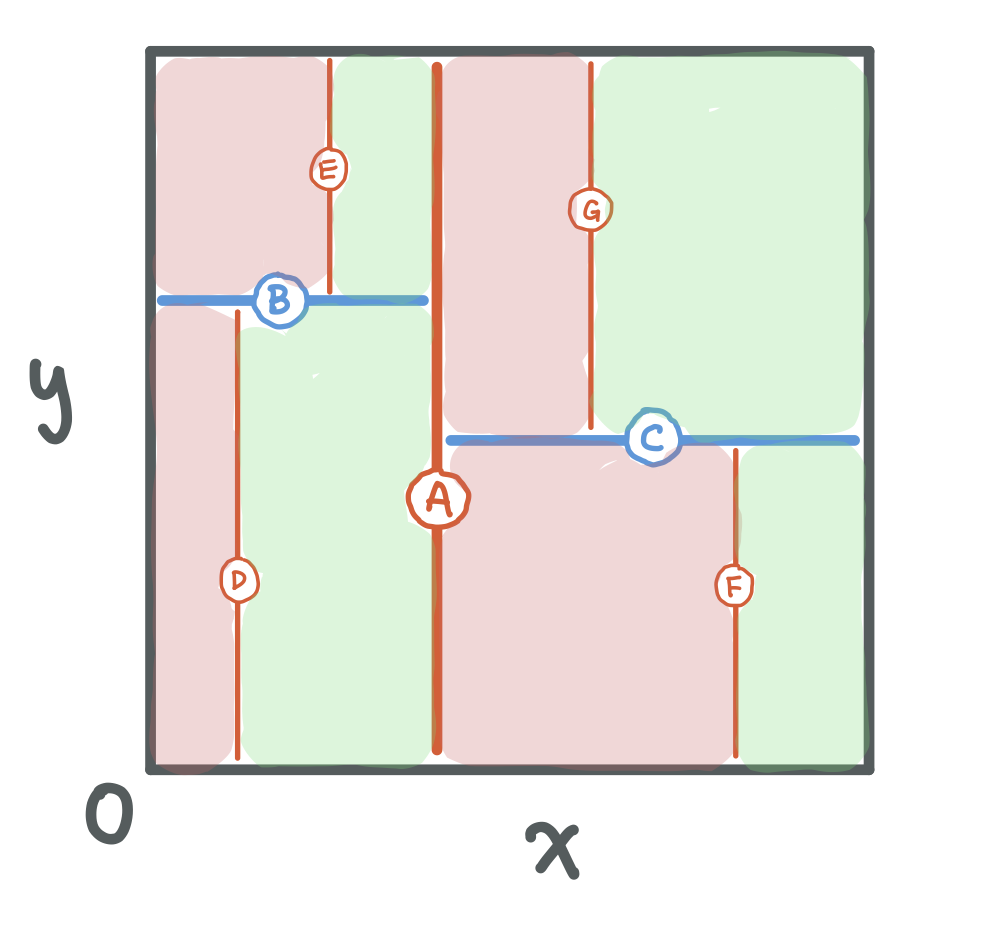 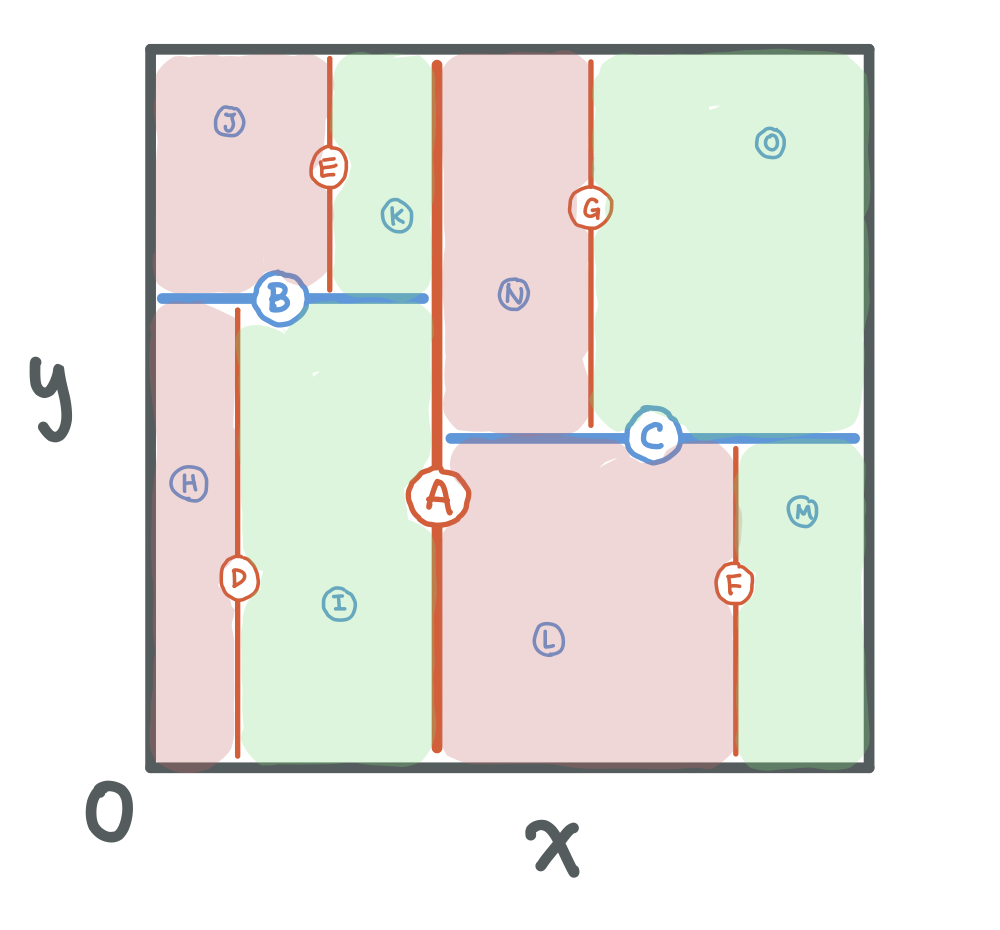 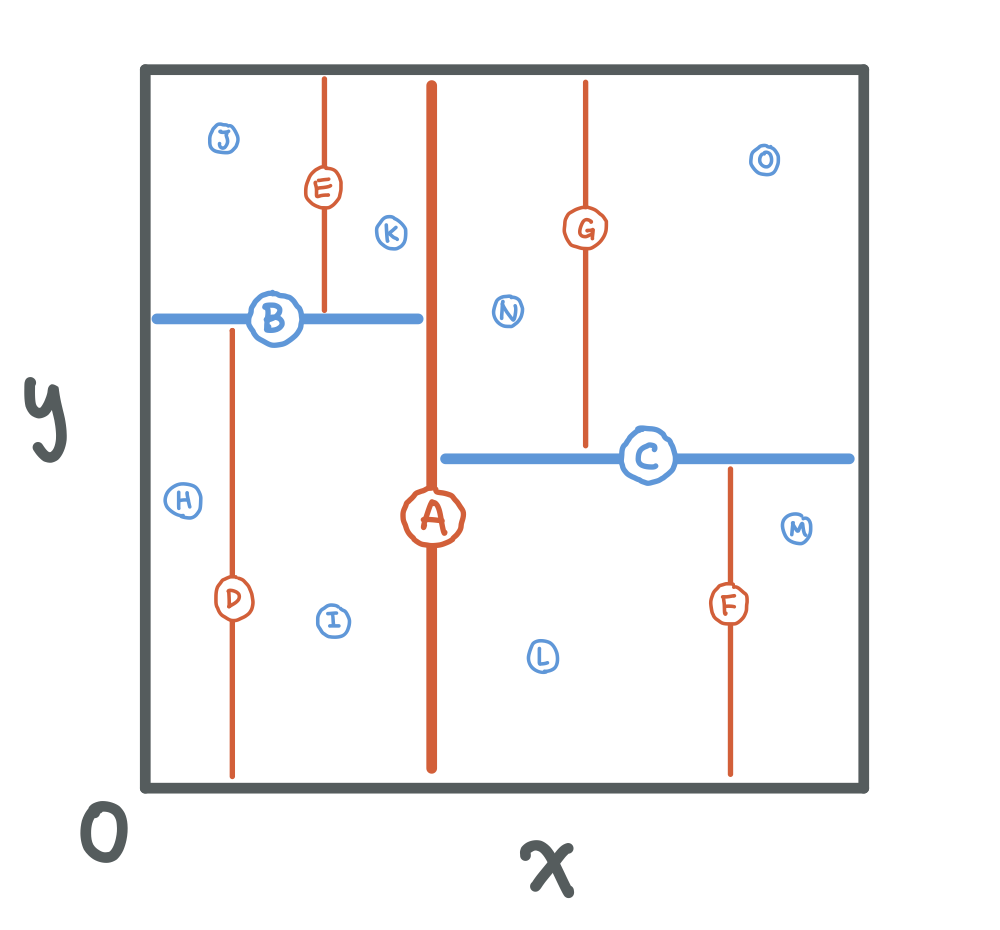 Previous Next
kd-Tree splits the space level by level.

In order to construct a balanced k-d Tree, each node should split the space such that there are an equal number of nodes in the left subspace as the right subspace. Therefore we need to pick the median among the nodes for the current dimension and make it the subroot.

After finding the subroot, put all nodes that are in the left subspace into one array, and the rest into another array. Repeat the process on the subarrays.